Good lord in heaven, there aren't words to express the swelling of American pride I felt in my heart when I saw President Trump grace my TV screen again.

The only thing more satisfying than watching him triumphantly stroll to the podium was his blatant snub of Nazi / Lizard Person / Communist Leader Nancy Pelosi's handshake.

After tonight, I'm fully convinced that before she rests her scaly head in her coffin every night, she bows down to her Hitler shrine right after she wipes her ass with a poorly photocopied version of the Constitution, back to front.

The State of the Union was long, and I understand a lot of you working Americans are busy, so here's a breakdown of the important bits & quotes from President "F$%k You I'm POTUS" Trump.

***NOTE: All images containing Nancy Pelosi have been covered by a Trump 2020 sign, intentionally.*** 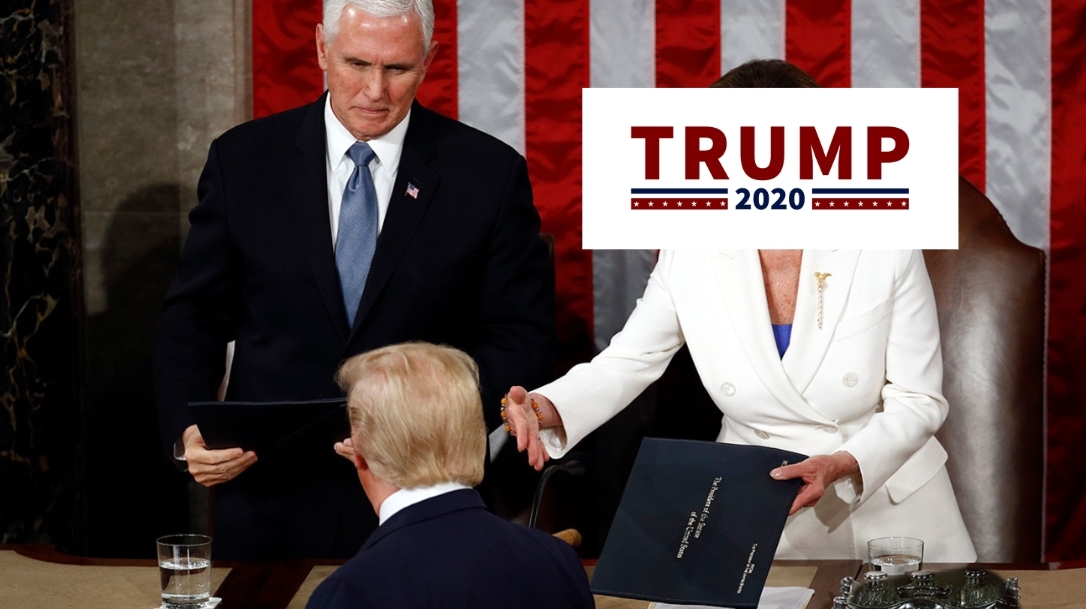 “The days of our country being used, being taken advantage of, or scorned, are long behind us” 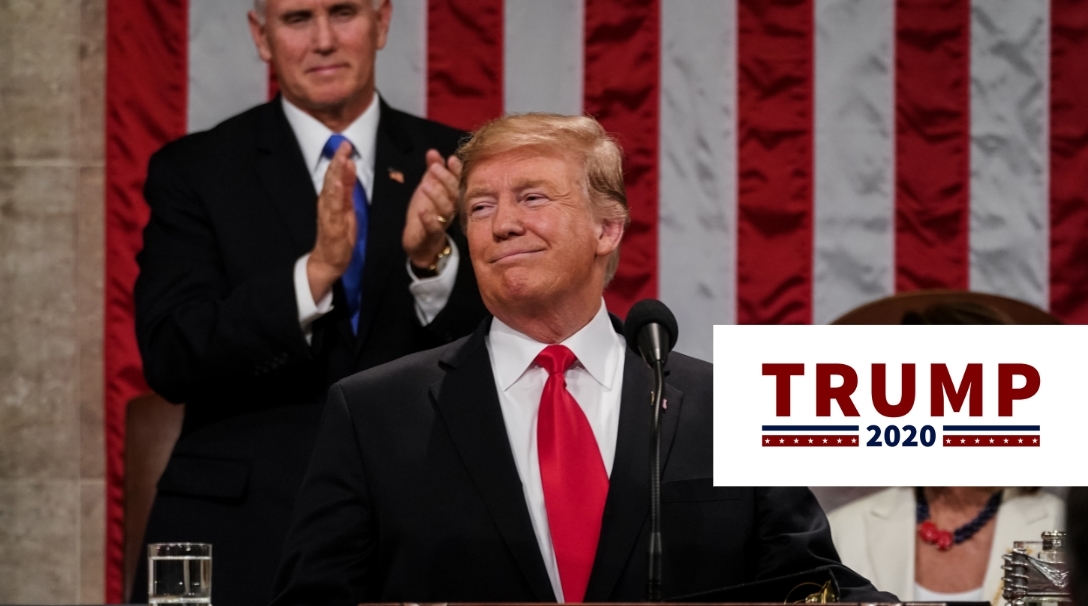 “Borders are secure, families are flourishing, values are renewed, pride is restored... The State of our Union is stronger than ever before”

“Companies are not leaving, they are coming back to the USA” 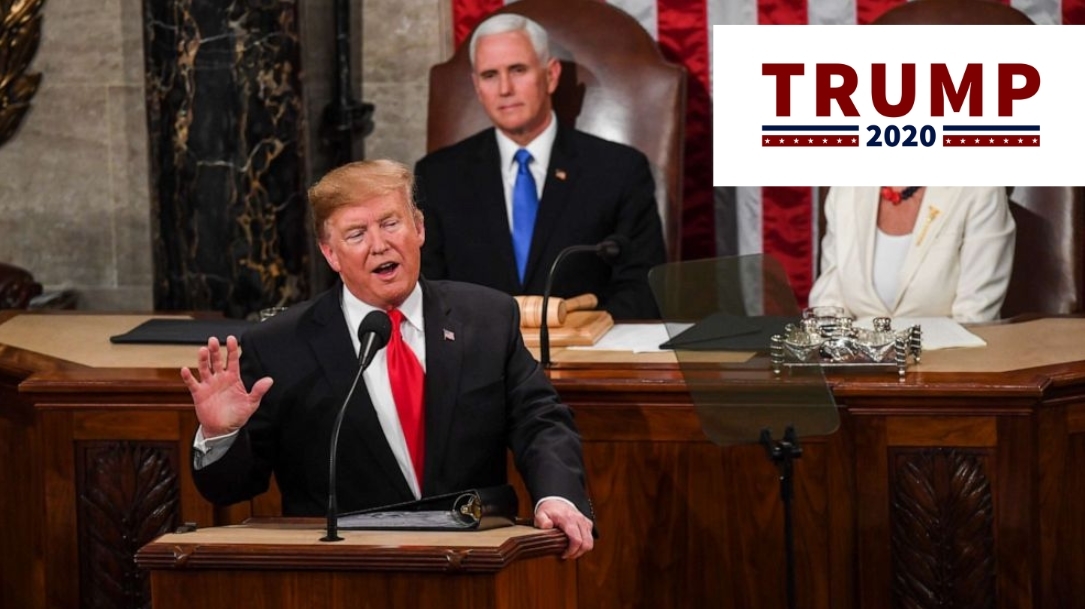 “The USA should be a sanctuary for law-abiding Americans, not criminal aliens... If you come illegally, you will now be promptly removed from our country” 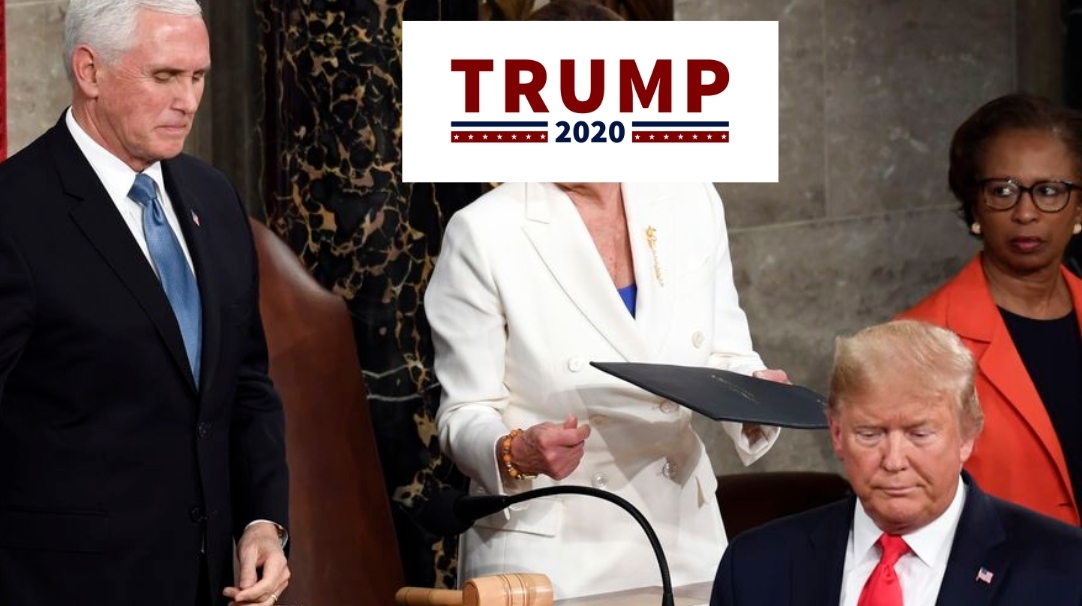 
“If you attack american citizens, you forfeit your life”

I'm a grown man, and I began to choke up when he threatened those God & American-hating terrorists.

What do you think about the SOTU?

How much longer do you think Pelosi's human suit will last?

Has anyone ever heard Pence say anything besides, "Yes, Mr. President?"

When will the Democrats try to infect Trump with Coronavirus next?

P.S. Give a voice to the babies who survived the Democrats' murderous infant slaying rampage with our brand-new "TRUMP 2020 INFANT RIP SNAP TEE"!