It's no surprise that The Donald has been a fearless leader with unshakable resolve throughout these increasingly uncertain times.

The reporting team at Liberty Tee Shop watched the briefing and is providing you with a summary of what you need to know. “China has raided our factories, offshore our jobs, gutted our industries, stole our intellectual property, and violated their commitments under the World Trade Organization.” 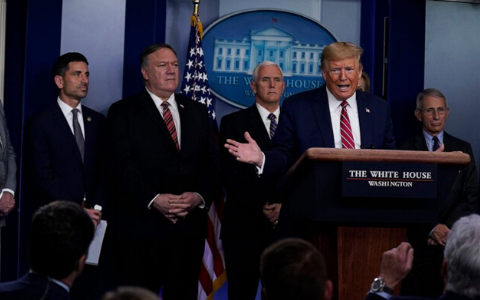 "As of today, the United States will not be a part of the World Health Organization."

“Hong Kong was a glimpse into China’s future, not that Hong Kong would grow into a reflection of China’s past”

Get our top-selling "Trump Side View American Flag Nomad Shoes" for 40% Off!