These damned, silencing, witch-hunting libtards are at it again...


This past Thursday night, four red-blooded American Trump supporters were forcefully removed from the Baltimore Orioles game because of displaying their 'Trump 2020' banner.


Mere minutes are the banner was unveiled, the stadium of demtards began harassing the Pro-Trumpers, chanting "Take It Down". Shortly after that, violent Democrats began hurling food and objects at them. Even then, they stood strong.

The banner was only up for 10 minutes before the stadium officials escorted by police made the four red-blooded Americans roll the banner back up, and shortly after that forcefully removed them from the event.


The stadium policies do state that no banners can be hung that obstruct the view of other event goers... having that said with the image below, I'll let you judge whether or not they violated the rules... (HINT: They didn't) 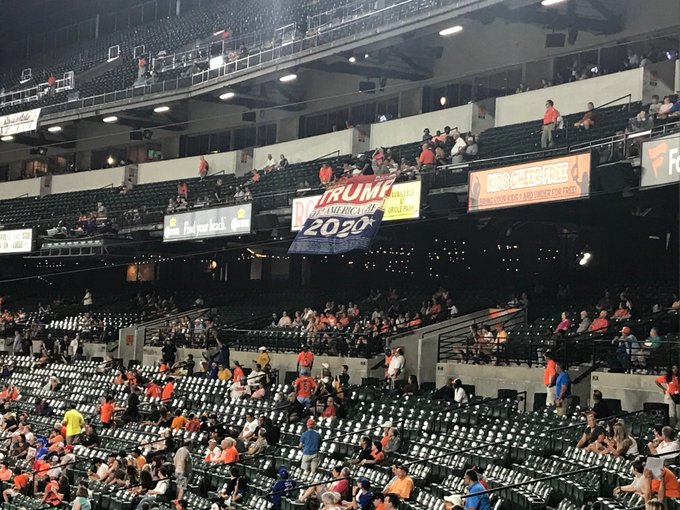 The local police basically stated they have no control over their citizen's actions, and refused to release the names of the supporters due to fearing their safety...


Come on Baltimore PD, if people can't express their political viewpoints without fear of physical harm, you're doing something very wrong...


What do you think? Are the Democrats, Liberals, and Communists really this desperate to silence us?


Together, and only together, we can Make America Great Again...

P.S. We have all of the Trump 2020 gear for you to express your support and political viewpoints.

Available Here for a Limited Time