Will Trump Be Accused of Stealing the Election Again?

President Donald Trump was elected in 2016, to the joy of millions of Americans.

He was immediately met with a wave of criticism, much of it headed by liberals who had the gall to claim that he had “stolen” the election.

That time has since passed, but now that November is only a few months out, the question is looming:

Will Trump be accused of stealing the election again?

What Does “Stealing” The Election Even Mean?

Claiming that the other side has "stolen "the election is a time-honored tradition for both sides of the political aisle.

Whenever one party or the other doesn’t like the outcome, there’s always a few crackpots on the losing side who start to mutter about stolen votes or miscounted districts.

However, the 2016 election was a different story entirely. There were official news organizations talking about how Trump stole the election right out from under the nose of Hillary Clinton. Of course, this is preposterous – but plenty of Americans thought that these fake stories held water.

We all know that none of this happened in 2016, but that hasn’t stopped the rumors from persisting. Even today, we’re getting more mutterings about Trump stealing the 2020 election… even though it hasn’t happened yet!

The political landscape is right for this kind of misinformation and posting thanks to the coronavirus pandemic. Right now it seems that the virus is on the back foot – it isn’t spreading as much as it was, and cities all across America are starting to open up back to pre-COVID levels.

However, this could change in the fall if another wave of coronavirus infections takes hold. This may impact voters, who might not feel that they are safe heading to the voting booths and interacting with the public. In this case, there are certainly some crackpots who think Trump might somehow steal the election by forcing Democrats to remain home – even if it’s their choice!

There are other complaints already abound thanks to mail-in voting. Trump has wisely noticed that mail-in voting has the potential for serious abuse. It’s a lot easier for someone to manipulate votes if they are mailed in compared to filling them out at a regular voting terminal. Democrat pundits have already used this to claim that he wants to eliminate mail-in voting entirely, which isn’t true.

Other, more general issues are being unfairly attributed to the President as well. A lack of poll workers has been a staple of the presidential election for decades and it is a serious problem, but it’s not unique to Trump in the slightest. That hasn’t stopped talking heads from claiming that it’s part of a sinister plot to steal the election, though.

Unfortunately, even if President Trump wins again this November, you can rest assured that people will claim he stole the election in one manner or another.

This won’t be true, but that won’t stop bad-faith factors for making the same claims they always do.

Still, you can stay ahead of these rumors by remaining informed and keeping a level head.

Hopefully, our political environment will settle soon after the election either way, and we can collectively recover from COVID-19.

Thank you for reading, UNITED WE STAND. 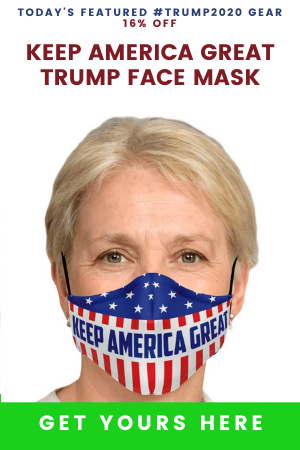