The world is so upside down and ass-backwards right now that the most exciting thing is a gay, polygamist, meth-head, politician, exotic tiger owner. No, I'm not talking about Nancy Pelosi, I'm talking about Joe Exotic from the Netflix show "Tiger King".

Seriously, if you have seven hours to blow, watch it and thank me later.

Okay, I gave you a break from all the craziness, you're welcome. Now let's get to it.

Today, President Trump proved to us yet again that he is a President for the American people by making two huge decisions to get s#!t done. Earlier today, our great President signed the $2 trillion Coronavirus Relief Bill that will bring much-needed relief to the American people and American businesses.

While signing the bill, he congratulated both political parties for coming together to find a solution for the American people when they needed them the most right after he cracked a pretty ballsy joke:

This economic plan is the largest in American history. It contains: 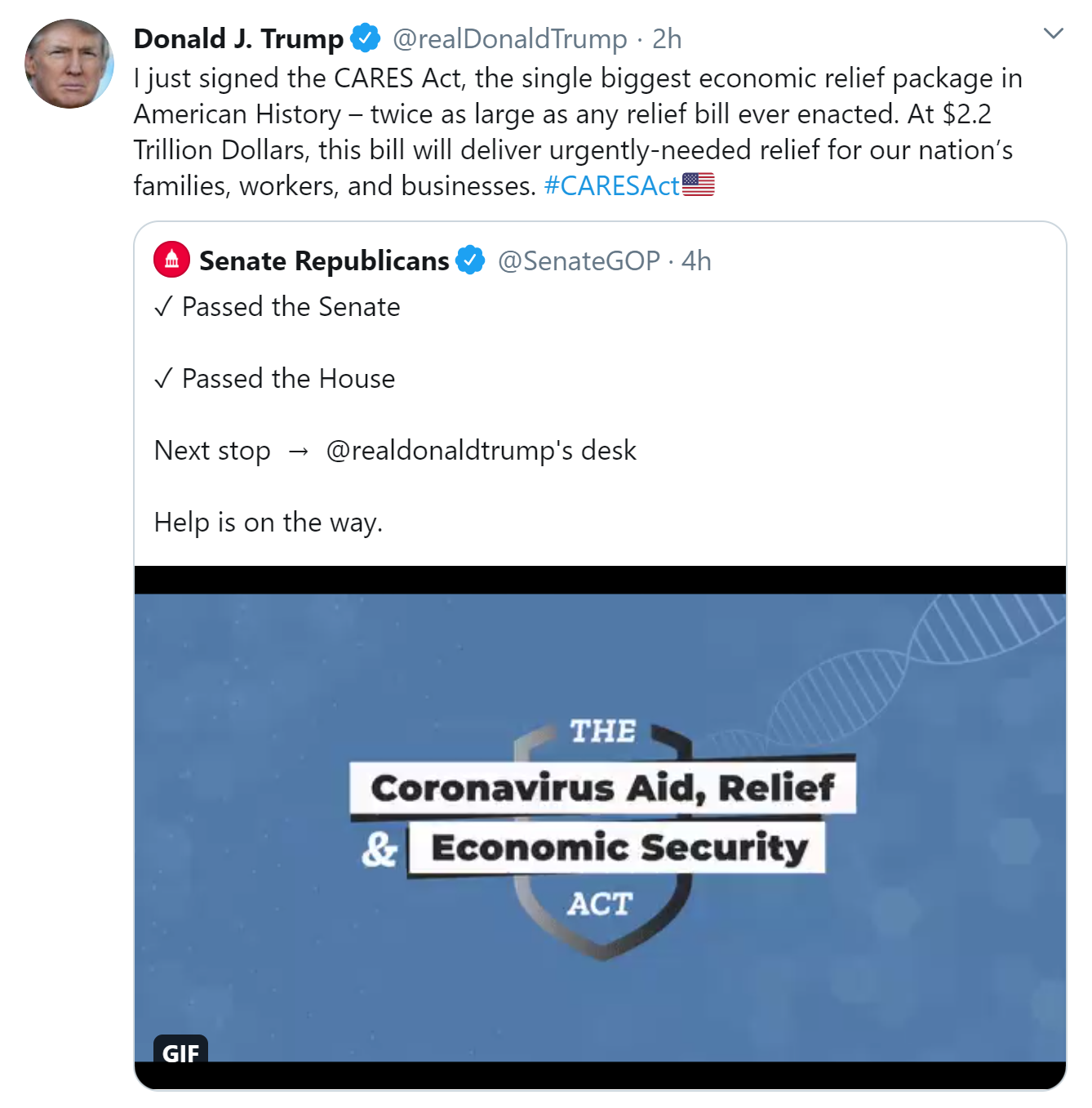 In the very same day, our red-blooded President activated the DePA against mega-corporation against GM to begin producing ventilators for American hospitals.

American lives are being lost daily, so instead of letting GM swing their balls around, President Trump is punching them right in the sack and then reminding them that they have a contract they need to fulfill.

The enforcement came as a result of GM going back on their promise to manufacture 40,000 ventilators "very quickly" by instead saying they could only produce 6,000 by late April.

The President had this to say about it:

“General Motors MUST immediately open their stupidly abandoned Lordstown plant in Ohio, or some other plant, and START MAKING VENTILATORS, NOW!!!!!! FORD, GET GOING ON VENTILATORS, FAST!!!!!!”


Which led GM to release this statement: What are your thoughts on the economic package?

Do you think GM will try to screw the Americans out of medical supplies again?

Did Carol Baskin kill her husband?

P.S. Tell the China Virus to go to hell with our brand-new "Don't Cough On Me, Don't Tread On Me, & Don't Come Near Me" Bandana 3-Pack!